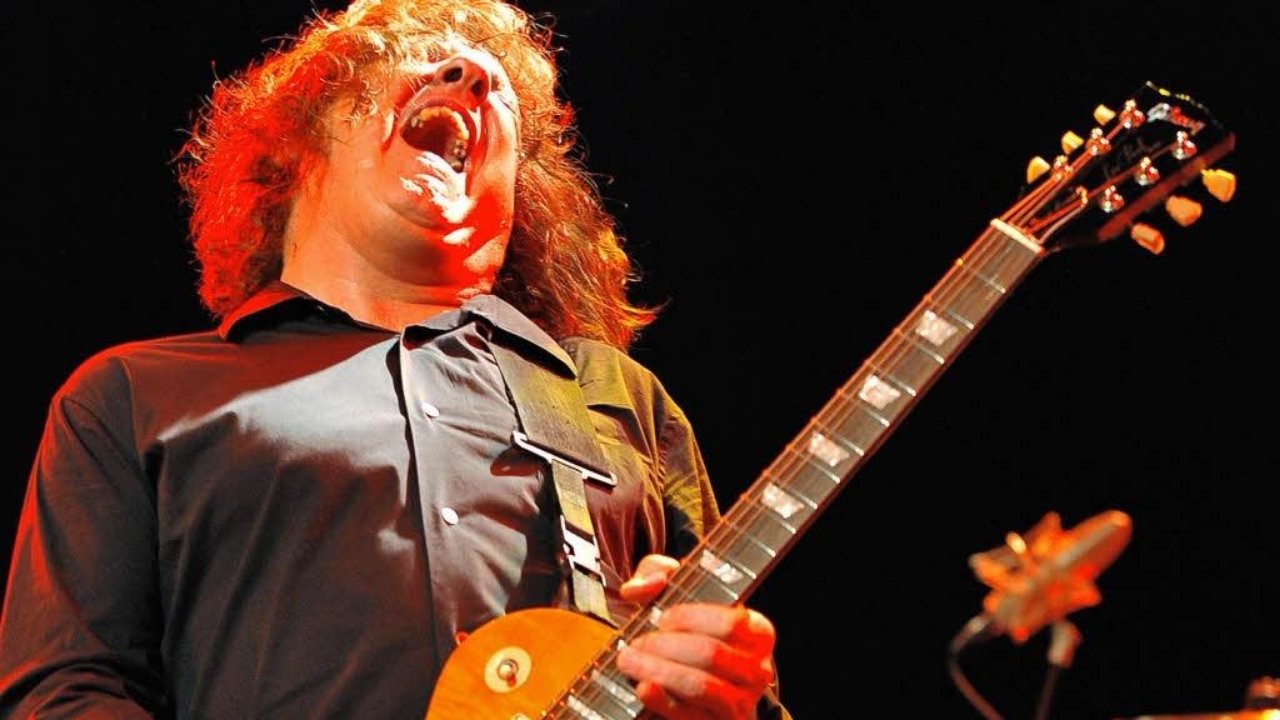 “This s for Jimmy. It is called Red House…says the man. For those who were wondering : Gary Moore. (http://en.wikipedia.org/wiki/Gary_Moore)

This is one of the best Jimmy Hendrix’ covers I’ve ever heard. Check it out !

Gary Moore, born April 4th 1952 in Belfast, Northern Ireland is an Irish rock guitarist. He has played with a number of bands including Thin Lizzy and Skid Row.

He was a guitarist who is best known for his signature ‘lightning bolt’ guitar technique and his powerful blues rock sound. He died aged 58 in 2011 as a result of a road accident.

“Red House” is a song written by Jimi Hendrix and is featured on the album “Are You Experienced?” The song features Hendrix playing the electric guitar, backed up by Billy Cox on bass and Mitch Mitchell on drums. Hendrix was inspired to write this song after being introduced to the jazz chords of John Coltrane.