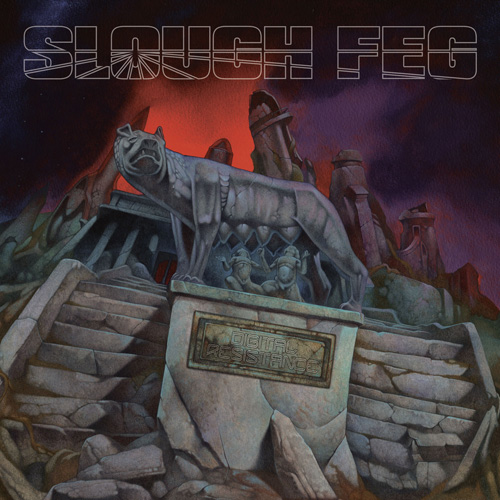 For those who love old 70’s like hardrock mixed with early heavy metal influences, is at the right address with “Slough Feg’s” “Digital Resistance”.

Slough Feg (also known as The Lord Weird Slough Feg) is a heavy metal band that formed in Pennsylvania in the early 1990s and is currently based in the San Francisco Bay Area. Taking their name from the Celtic folklore-influenced comic Sláine. Their music is somewhat anachronistic : it reminds of the early Maiden en Thin Lizzy but they only started in the beginning of the nineties.

This new album exposes again the old style and mastery of the band for oldschool hardrock. The record was recorded with Justin Weis (who produced the album with vocalist/guitarist Mike Scalzi) at Trakworx in South San Francisco from January-October 2013 andmarks the band’s first new studio album since 2010′s “The Animal Spirits.”