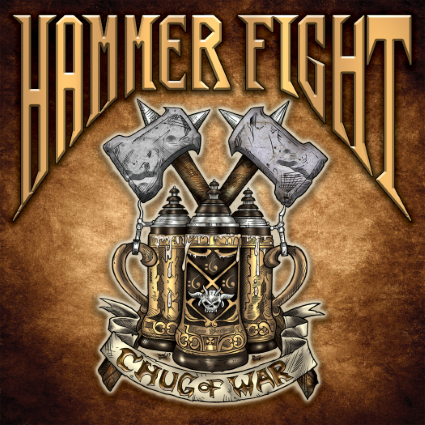 Chug of War, which follows the band’s 2011 untitled EP, was recorded by Bobby Torres at The Machine Shop in Belleville, NJ. Artwork for the album came from a collaboration between Hammer Fight bassist/vocalist Drew Murphy and Buz Hasson, tattoo artist and co-creator of the comic book The Living Corpse.

Guitarist Todd Stern comments on Chug of War, “It’s something we’ve all been looking forward to putting out forever. A record that isn’t here to compete sonically with the current state of metal affairs. Rather than taking a crack at being the heaviest, the darkest, or the fastest… we aimed for a record that would serve as the catalyst that helps transform your boring day into a good fucking time. Listen loud, rock hard, and have FUN kids. That’s what counts most…”

Sparta – Welcome To Hell
The Demon, The Angel, The Disease | Blood Mortized