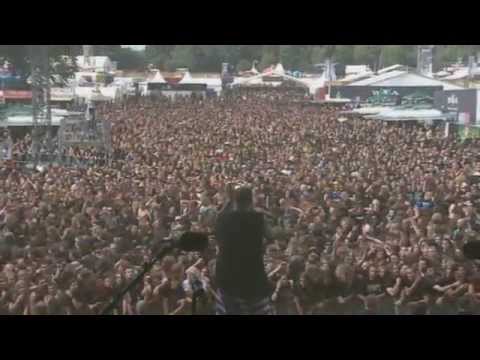 Watch this wall of death during the Exodus concert at Wacken in 2010.

Exodus is a thrash metal band founded in 1980. The band was established by guitarist Kirk Hammett and vocalist Steve “Zetro” Souza. Exodus has gone through various phases of lineup changes, including the departures of Souza, Lee Altus and Rick Hunolt. They have released 11 albums to date, with their latest being Blood In Blood Out.

A wall of death is a type of mosh pit, which is a form of group dance and/or fighting where people push or slam into each other to create a human wall. This behavior is also known as moshing.

A wall of death is typically orchestrated when the two opposing groups are facing each other on opposite sides of the stage in order to create an alternating flow across the stage.