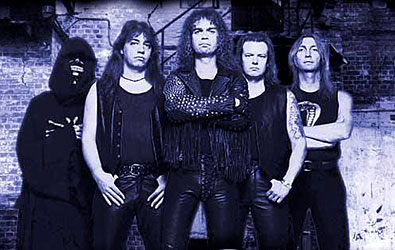 German power metallers GRAVE DIGGER have entered Principal Studios (KREATOR, IN EXTREMO, GRAVE DIGGER) in Senden, Germany to begin recording their new album for a July 11 release via Napalm Records.
The first clip from the studio can be seen below.
GRAVE DIGGER‘s latest album, “Clash Of The Gods”, was released on August 31 , 2012 in Europe and September 4, 2012 in North America via Napalm Records. A six-song mini-CD, “Home At Last”, preceded the full-length effort on July 27, 2012 in Europe and August 7, 2012 in North America.
“The Clans Are Still Marching”, the latest DVD from GRAVE DIGGER, entered the German Media Control chart at position No. 56 (German chart rules allow music DVDs to enter album charts).