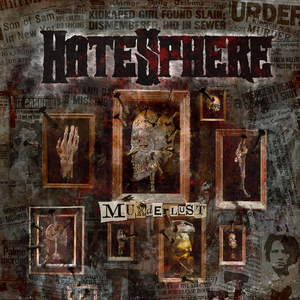 On hatesphere.com you can stream the entire album from the Danes. Release date 28/10/2013.

Hatesphere is a Danish band emerged since 1996 from Aarhus. Throughout the years they became famous for their mixture between death and trash metal and their newest “Murderlust” is perfect addition to this tradition. The album is like a Slayer (“Refill The Chest”) song with a punky attitude. Hightlights of the album are : Pandora’s Hell and In Process. And even though after listening to the entire album, the songs tend to blur an differences are wiped out. But is remains a decent album with good metal.