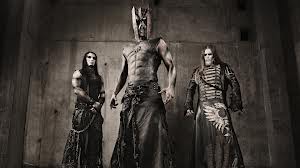 Poland’s BehemothBehemoth is a Polish heavy metal band that came into was named as headliner of the fourth annual Metal Alliance Tour in North America, which commences in April in Tempe, Arizona. Also on the bill is Goatwhore, 1349, Inquisition and Black Crown Initiate.
Once again, the tour will be at The Palladium in Worcester, MA as part of the upcoming New England Metal & HardcoreThe term "hardcore" is used to describe a subgenre of Festival on … Read More/Discuss on Metal Underground.com