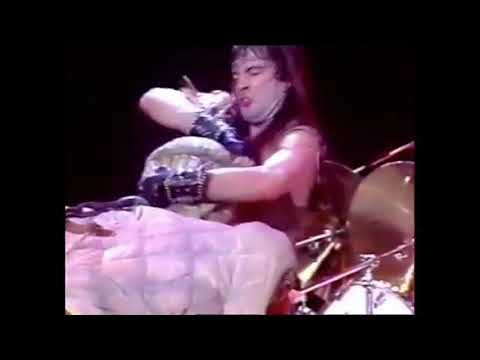 This song is not included in the reissue of the 1983 world piece tour Dortmund gig from the early years DVD. Per Rod, this was deemed too violent by the TV network and never aired. This was when they symbolically killed off Eddie. Then he came back as a God in Powerslave. This is taken off the 12 wasted years video, a VHS released during the somewhere in time period. Not sure why they didn’t include this in the early years DVD as part of the set. 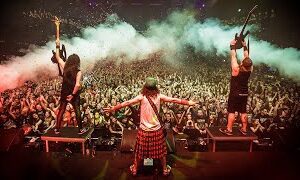 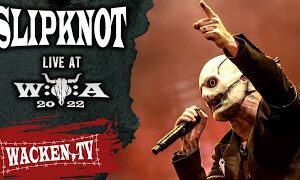 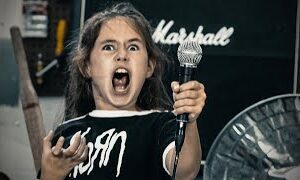